The Prime Minister, Pham Minh Chinh, has announced that Vietnam would reopen for foreign tourists to visit as soon as possible, no later than 30th April to 1st May 2022.

Accordingly, the Deputy Director of the Civil Aviation Authority of Vietnam, Dinh Viet Son suggested that the airlines must be one step ahead by fully operating international flights before 30th April.

Mr. Son sent the notifications to the aviation authorities of other countries about the unlimited operation of regular international commercial flights, starting from February 15.

Yet Vietnam is still waiting for the response of airlines from those countries. Once getting the replies, the Civil Aviation Authority of Vietnam will grant flight permits to domestic and foreign airlines. The flight frequency would be based on the passenger demand.

Although many international flights are operated normally, the regulations on entry and pandemic prevention and control requirements for passengers entering Vietnam still comply with the guidance of the Ministry of Public Security, Foreign Affairs and Health.

Previously, the Civil Aviation Authority of Vietnam has proposed with airline authorities of partner countries and territories to resume international flight routes.

From January 1, Vietnam has reopened routes to the US, Japan, Thailand, Cambodia, Taipei, Singapore, Australia, Russia, UK, France, Germany. However, the frequency of flight operations is still limited due to the complicated regulations about pandemic prevention and control.

Vietnam has also proposed to reopen commercial flight routes with China but this country has not agreed yet. Moreover, at the moment, both Japan and South Korea still restrict entry of people on flights from Vietnam to prevent Covid 19 pandemic.

Additionally, the leader of Vietnam Airlines affirmed that if Vietnam continues to hesitate to reopen international flight routes, Vietnam will lose its destination competitive advantage, not only for tourists but also for travel investors. Businesses in the aviation and tourism industries are weakened, which can lead to bankruptcy and loss of competitiveness, making it extremely difficult to recover after the pandemic.

Since the pandemic is gradually being controlled well and the vaccination rate increasing, many countries around the world have anticipated the demand for traveling. They have also introduced new policies to attract international tourists. 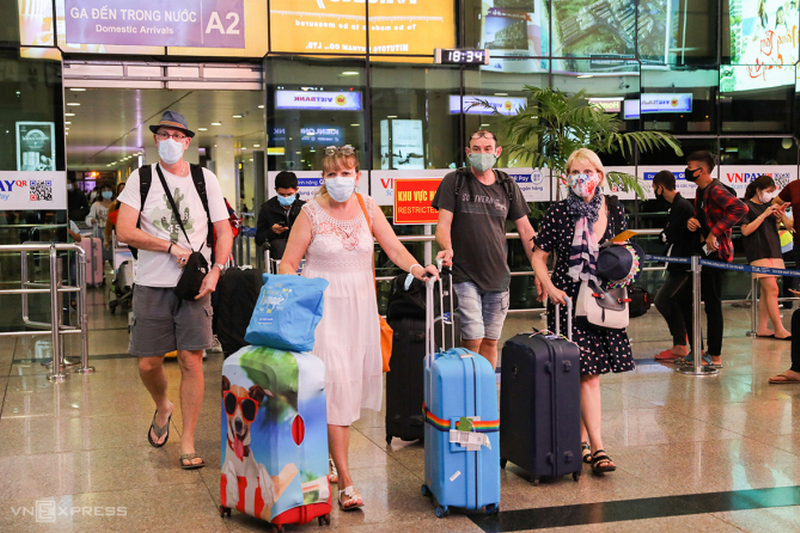