While Vietnam is the midst of a tourism boom with a record high of 15.5 million foreign arrivals in 2018, a year-on-year rise of 20 percent, the numbers remained lower than that of neighboring countries in the region.

Furthermore, Vietnam has not done a good enough job of cashing in on tourism.

Vietnam tourism does not do well in terms of repeat visits by foreigners, industry insiders said, blaming this on unfriendly visa policies.

Vietnam currently offers visa exemption to 24 countries, compared to 61 by Thailand, 158 by Singapore, 155 by Malaysia and 169 by Indonesia. The competitiveness index of Vietnam in the category of visa requirements is very low at 116 out of 136 surveyed countries.

Kenneth Atkinson, executive chairman of Grant Thornton Vietnam, said at the forum that Thailand saw a significant number of foreign tourists returning to the country for repeat visits each year, but Vietnam is unable to achieve this.

He recommended that the Vietnamese government encourages tourists to stay longer in Vietnam by offering visa waivers to more countries, including developed economies like Australia, New Zealand and the Netherlands.

Nguyen Thi Huyen, a representative from Vietrantour, said at the forum that complicated visa procedures were one of the most important factors holding back the number of foreign arrivals to Vietnam.

Many Vietnamese tourism agencies agreed that the country should relax visa policies and simplify procedures to attract high-spending tourists from Japan, North America, Northern Europe, China and South Korea. The current 15-day visa exemption should be extended to 30 days, they said.

Truong Tan Son, a representative of Saigontourist, proposed a visa waiver policy of five to 10 years for a group of high-spending tourists and to those making frequent business trips to Vietnam.

Not a decisive factor

He noted that according to a report from the Vietnam National Administration of Tourism, the growth rate of visitors from countries not exempt from visas like the U.S. and Canada was higher than from countries enjoying the visa exemption.

The extension of visa waiver takes into account several factors including the relationships between the two countries in terms of security and foreign affairs, as well as the need to guarantee the interests of Vietnamese citizens, Phuong said.

In addition, visitors who are typically big spenders from Europe or America do not enjoy significant incentives, forum speakers said.

Meanwhile, South Korea, Japan, China and other Southeast Asian nations who have long enjoyed preferential visa treatment from Vietnam typically make short trips and are not big spenders, they noted.

Hoang Nhan Chinh, head of the Tourism Advisory Board (TAB), said Vietnam should focus on attracting foreign visitors from Europe, the U.S., Australia and New Zealand who tend to travel longer and spend more on holidays.

The TAB has been proposing visa policy changes for many years so that the tourism industry can achieve its goal of welcoming 18.5 million visitors and earning $35 billion by 2020, he noted.

It has asked that the visa exemption period be increased to 30 days and that the rule about having to wait for 30 days after the last date of departure from Vietnam to enjoy the exemption again be removed.

TAB has also proposed that more countries are added to the visa exemption list, like Australia, New Zealand, Canada, the Netherlands, Switzerland and Belgium, and that citizens of more nationalities are allowed to apply for electronic visas.

It hopes by 2020, Vietnam will exempt visas for 60 countries and allow electronic visa applications for 80 countries.

Vietnamese tourism officials have admitted that the country has not done a good job of promoting itself abroad largely due to a lack of funds for advertising.

The Vietnam Private Sector Economic Forum 2019, the largest of its kind in the country this year, is jointly organized by the government and the Central Economic Commission, in collaboration with VnExpress and the IEC Group.

Proposals of visa exemption for vaccinated foreign tourists to Vietnam

All you need to know about Vietnam visa extension service 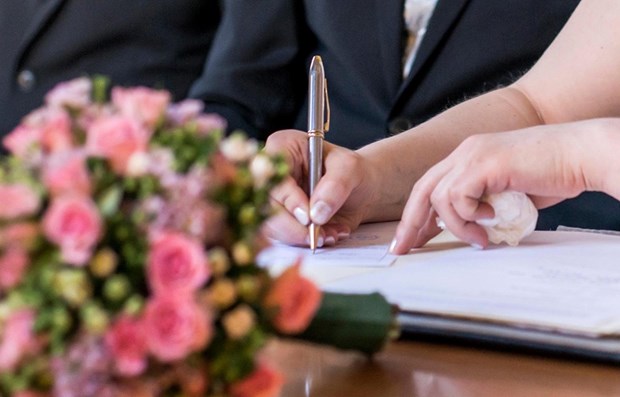 Things to know about getting married in Vietnam for foreigners